♦ What is a Foot and Ankle Arthritis?

♦ Symptoms of Foot and Ankle Arthritis

Foot and Ankle Arthritis symptoms are usually characterized by pain or stiffness of the affected joint which worsens toward the end of the day.  Stiffness can also manifest itself when first standing in the morning which usually “loosens up” after several minutes of walking.  You often hear people stating that they can predict the weather bases on how their joints feel.  When barometric air pressure rises, arthritic joints become more painful. Pain is usually relieved by resting. People who spend most of their time on their feet or do heavy lifting are more susceptible to Foot and Ankle Arthritis.   People who participate in high impact exercises or career athletes are often afflicted by Foot and Ankle Arthritis which usually leads to joint replacement later in life.  We often hear about the professional athlete who is forces into retirement due to sport related injuries.

Treatment usually involves a thorough lower extremity physical examination. X-rays will be ordered in order to determine the presence or extent of Foot and Ankle Arthritis. Foot and Ankle Arthritis is usually characterized on x-ray by joint space narrowing and/or bone spurring. Treatment usually consists of non steroidal anti-inflammatory medication, injections of corticosteroids and/or physical therapy.  Quite often custom molded foot orthotics are very effective at redistributing pressure away from painful foot joints. These are shoe inserts which are custom designed for your feet.

If conservative measures fail, surgery may be necessary to relieve pain.

♦ Call our office if… 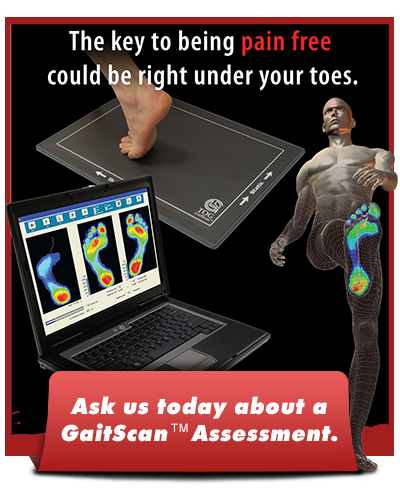